Two notes of Referrals written by FCCC Seniors Centre to Wilkinson Shelter for the past weekend i.e. nights of Nov 11, 12 and 13 - and discharge notices. posted Nov 14 of 2022 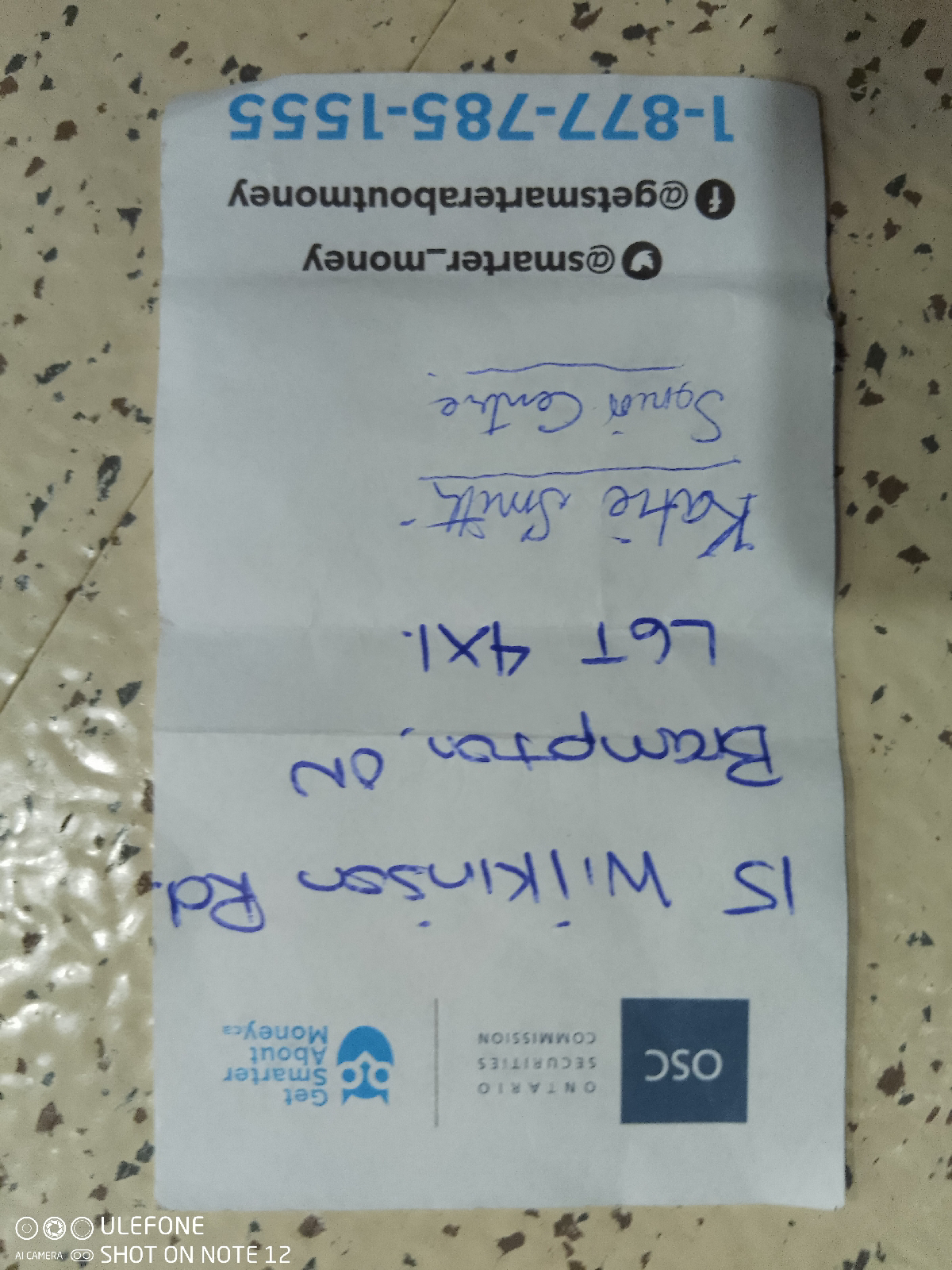 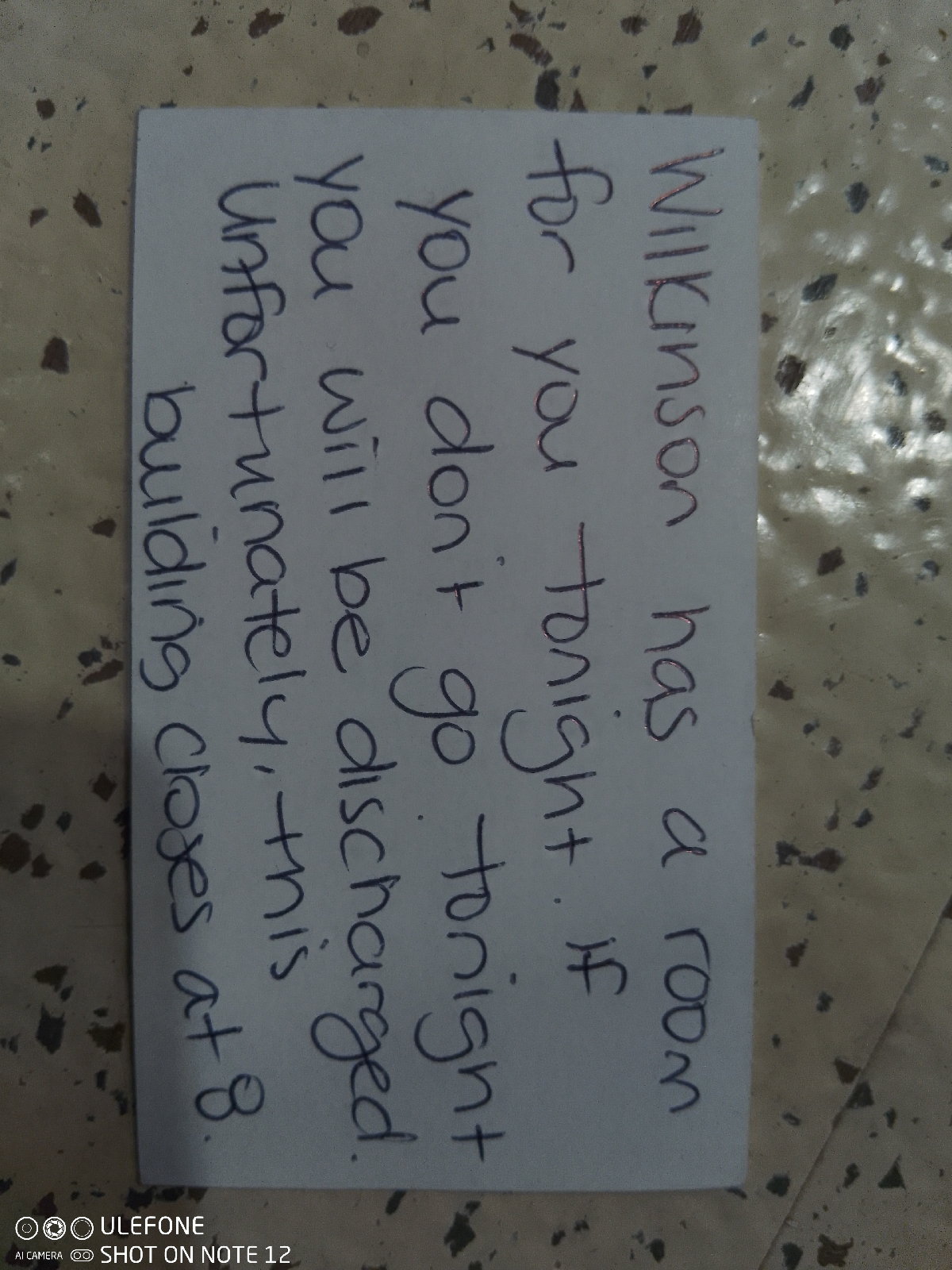 I was told in October to give me a dischrage as of November 1 and to leave the shelter, I complied, two nights later I approached the NDPLC and described my situation, after a fresh intake by Francibe Mossris I was assigned bed #10 in Dorm Room #1.
Few days later again Kemi called me fir a meeting and told me to grab my stuff and leave on Wednessday Nov 09 (after Jaspal Singh had terminated the kease on the same day on November 07 just after one night so at this point I had no place to return to)., I complied.
Two more sleepless nights. So I was already on discharge from before. On Friday November 11 of 2022 I passed by the FCCC senior center and spoje to Isabella a senior staff about my situation at the Shelter abd discagrge. She gave me a referral slip Note #1 which written by Katie Smith.
Sobthe referral was because of the previous discharge notices from the shelter.
So I was at the shelter fir friday night, Saturday night, Sunday night (3 nights) because of referral not because of intake.
Monday Nov 14 morning I cane back to the FCCC to do some research and seek some help from the seniors to find a house.
I spoje to Katie Smith about it.
She called Wilkinson Shelter and spoje to them about it and wrote a Note#2.
Which duscharge notice they are talking about in Note#2 because of previous discharge notices there was no intake.
Can some one please clarify.
Published by
Khalid Mahmood
M01684340561220
ph:(289)990-6590
www.m0168.org

Popular posts from this blog

shelter intake paper work - showing emergency flight requirement after I was forced out of my previous ID address, i.e. residence of over five years without legal N4. 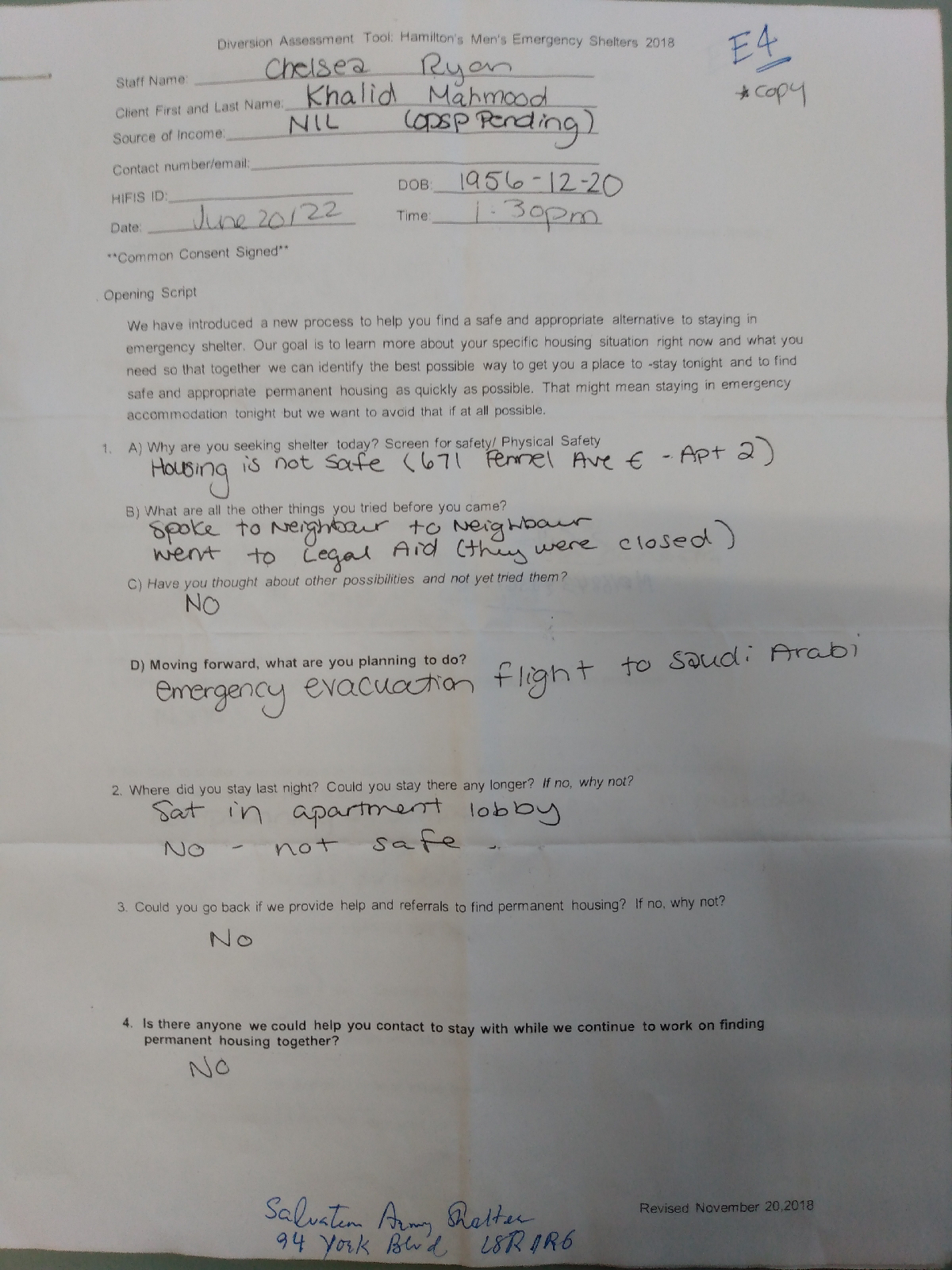 This two page documented was submitted to Wilkinson Shelter in Brampton at 15 Wilkinson Dr., Brampton ON L6T4X1 This document shows my need for emergency e vacuation flight to Saudi Arabia to go back to work and to roll back my life immediately. Published by Khalid Mahmood Ontario ID#: M01684340561220 ph:(289)990-6590
Read more

TO WHOM IT MAY CONCERN/INTEREST (nearly week 19 of 2022) Again violent behaviour exhibited by Oliver on May 02 of 2022 around 20h44  - This was a (non-religious) destitute making operation (negativity training of behaviour part perhaps learned from desi movies scenes where they take revenge from a corrupt government official, of past crimes committed by government agencies collectively, like a judgement day or doomsday witnessed by victims of crimes, just applauds and cheers was missing)  with handwaving gestures and facial expression and loud voice, like ?...? .?....? standing in the dark hip joint corner of unit #2 and unit #3 while I was in the light inside my unit #2 (in my childhood and early developmental phase my father did not allow me to watch movies to prevent this negative learning. I started watching desi movies with my spouse after marriage.) even debt collectors in western countries wil not behave like this. Debt collection agencies first analyse the reasoning behind non-
Read more

Technical Army
My full name is "Khalid Mahmood" خالد محمود and I request that I must be addressed by complete name for all purposes. Written, verbal etc. I am a Engineer by profession arrived in Canada as Landed family in 1993. At present I live in Brampton Ontario after I was forced out of my residence of over five years in Hamilton Ontario.